“Fés” is the typical expression which in brescian dialect means “a lot”. Early traces of “Fés” can be found in the first “Vocabolario bresciano e toscano” published in 1759. In this dictionary the form “Fés” is cited just beside the more ancient word “Fis”.

By doing a research, then published by Misinta review,  in the nineteenth-century dictionaries, it has been discovered that “Fés/fis” was also used in Bergamo, Milan, Cremona, Crema, Como, and Valtellina. Antonio Tiraboschi, in his dictionary “Vocabolario dei dialetti bergamaschi antichi e moderni”, linked “Fés/fis” to “Fis” used in Valtellina, and also to “Fič” used in Engadine and to the German word “Viel”.

Moreover the linguist Ascoli suggested that “Fič” had been derived from the latin word “Fictus”.

Finally, in this article, two theories about the arrival of “Fés/fis” in Brescia are proposed.

The first one, also cited in Rubrica DIALÈKTIKA of Massimo Lanzini on Giornale di Brescia, suggests that it was brought by the immigrants from the canton of Grisons who massively arrived in the Lombard city between the seventeenth and eighteenth-century. The second one hints that it came from Milan which was also subjected to immigration from Switzerland. This latter hypothesis founds support in the Milanese dictionary “Varon milanes” from Ignazio Albani which, in 1606, reported the word “Fiss” with the meaning of “a lot”. 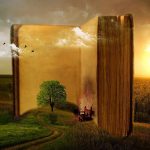 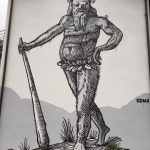